Some of Brazil's Most Popular Foods

Brazil food is delicious and amazingly diverse. These are some popular Brazil foods in different regions of the country that will make you want to visit and enjoy them!

Choices of Brazil popular foods are eaten throughout the country of Brazil and include pine nuts, yams, acai, cassava, hog plum, okra, peanuts, cheese bread, tapioca, and chourico, which is essentially a spicy sausage.

Brazil's staple food items consist of feijao, or black beans, farinha, which is similar to what we know in the U.S. as flour, and arroz, or white rice. These three ingredients are typically cooked or served with protein such as fish, red meat, or poultry.

The national dish of Brazil is called feijoada. It's a hearty meat stew made from pork and black beans. Traditional side dishes served with feijoada are kale, ground manioc, orange salad, and arroz.

Each region of Brazil boasts its own style of cuisine. Each region's cuisine has been heavily influenced by the diverse history of origins, which came from both the immigrants and the indigenous people of the country.

The Northern region of Brazil includes Tocantins, Rondonia, Acre, Amapa, Roraima, Para, and Amazonas. The people who live here are a mix of Portuguese and Indian.

You will find foods like manioc, a root vegetable, peanuts, fish, peanuts, and tropical fruits eaten in this region.

When I visited Amazonas and traveled through Rio Branco and Boca do Acre, the meals we found at resterants were rice, beans, manioc flour and red meat, sometimes with a lettuce leaf or tomato.

This region includes Santa Catarina, Parana, and Rio Grande do Sul. People of Italian and German descent who immigrated to Brazil inhabit the South of Brazil. They brought the knowledge of how to make wine and grow leafy vegetables with them and those foods are found in this region's dishes. 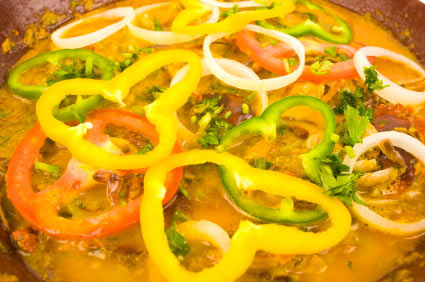 Variations of this stew are made in different regions of Brazil. Some use coconut milk, crab or shrimp, and palm oil instead of olive oil. It is generally served with rice.

Staple foods are ones grown or found locally and might include tropical fruit such as mango, guava, passion fruit, papaya, orange, and pineapple. Other popular ingredients for all kinds of dishes are okra, black beans, white rice, coconut, seafood and shellfish.

This region of Brazil includes the states of São Paulo, Minas Gerais, Espirito Santo, and Rio de Janeiro. Within this region, there are specific dishes a few of the states are known for serving.

São Paolo is the largest city in Brazil and it is the most "westernized" in its culture. When I was there, it was a unique experience that felt a little like being in the United states except with the rich and vibrant culture of Brazil. The population is quite diverse and their food choices also reflect this.

Brazilians love their sweets! Some of the most popular desserts in Brazil:

This recipe for Feijoada is based on one we found here at http://www.foodbycountry.com/Algeria-to-France/Brazil.html 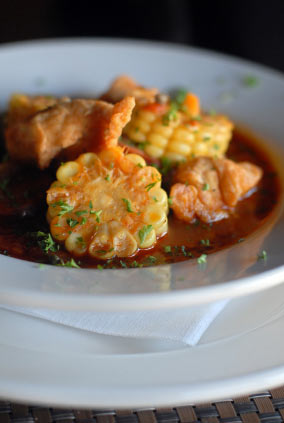 Click below to see Brazil food contributions from other visitors to this page...

Hi First, sorry my poor english. I liked this site with brazilian food and I would like add some dishes that you forgot it. Pão de queijo - cheese …