The Beauty of Brazilian Music Lyrics

The Story of a Culture and People

A lot can be learned about a culture through its music and that is true of Brazilian music lyrics. The lyrics and the rhythm allow you to see the style and character of the people who listen to it.

Brazilian music is passionate music; full of joy and celebration. Brazilians know how to enjoy life and it is demonstrated by the Brazilian music lyrics. However, the music of Brazil is not just one style, but many styles that have been changed and adapted by the various cultures that are a part of the country.

History and Styles of Brazil Music 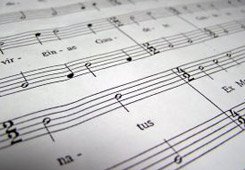 The music you hear today is a mix of the cultural diversity that has always been a part of Brazils history. You will hear influences from AmerIndian, African, and Portuguese heritages along with global sources to create a rich sound.

One of the best known styles of Brazil music is the samba, which has become famous throughout the world. The Bossa Nova is another style that has become recognized. Other styles that are not as well-known include:

The first instance of music in Brazil was by two Jesuit priests, who founded schools for the indigenous people with a music education focus. The people developed a strong fascination with European music.

While Brazil practices instrumental music in various styles, lyrics have also been an important part of the culture. The earliest composers wrote librettos for theatre comedies and later, lyrics and music for operas.

At the beginning of the 20th century, focus for musicians was on creating a Brazil style of music that was less European influenced.

Ernesto Nazareth was one of the most famous composers of choro music, which is often instrumental. It was a popular style of music in the early 20th century, but lost its mass appeal until it was revived in the 1970s.

Bossa Nova music has yielded the biggest Brazil international hit in The Girl from Ipanema. The music was written by Antonio Carlos Jobim and the Portuguese lyrics were written by Vinicius de Moraes. It became a big hit in the United States when English lyrics were added by Norman Gimbel.

The hit song made the charts in the US and the United Kingdom, as well as other countries around the world. It was inspired by a girl who lived in an affluent area of Ipanema and walked past a popular café by the beach. The lyrics made her a celebrity.

The song speaks about a golden teenage girl, who is beautiful and elegant. It is sad to see her as she walks to the sea because she carries a youth that fades, a beauty that cannot last, according to the writers of the song.

Jobim wrote many songs during his time that have become famous, including Desafinado. It has received worldwide attention and had English versions created.

One of the most famous songs to come from Brazil is Aquarela do Brasil that was written in 1939 by Ary Barroso. The title means watercolor of Brazil and is often just called Brazil in English-speaking countries.

The song was written on a rainy night, along with Tres Lagrimas. The song, a samba, strays from the traditional lyrics of sambas, which was the authors intent. He is quoted as saying that he felt like another person when he wrote the song.

The 1950s saw a new style emerge called the bossa nova. The lyrics showed a romantic, soft side of Brazil that was becoming more prevalent at the time. Jobim was a leader of the music during this era.

During the late 1960s, a new form of music evolved called Tropicalia. The lyrics were political to reflect what was happening around the world. Two big artists at the time, Caetano Veloso and Gilberto Gil, were exiled to England by the military government because of their lyrics in their songs.

One of the big songs of the time was Desparada, a song about the dictatorship that was in effect at the time. It talks about political awareness as a call for people to get involved in what was going on.

A Banda was also a popular song of the time that talked about the hopelessness felt by society. A feeling of hope is also evoked by the lyrics as the song wavers between the two emotions.

Music is heard everywhere in Brazil. Its played in businesses and homes, in stores and schools, and even in the street. Its part of family celebrations and all of the festivals throughout Brazil.

There are many styles to Brazil music. Most people think of the dance music that the country is famous for, but you will also find a mellow sound from people like Luisa Maita and Gui Boratto.

Other famous musicians include names such as CeU, Romulo Froes, and Los Hermanos. Each one has their own unique style, but all are a representation of the music that is Brazil.

The most popular style of music you will hear on Brazil radio is called sertanejo. It is similar to American country music and uses a guitar, accordion, harmonica, electric guitar, bass, and drums. This style began in the 1920s and today, it has its own category at the Grammy awards.

In the early days of sertanejo music, the lyrics talk about the beauty of the land and mans inner life. Today, they are more focused on women, drinking, and the heartbreak of betrayal.

One can learn much about the people of Brazil by listening to their music. You will understand who they are by studying the Brazilian music lyrics that show their inner thoughts and ideas.